This blogger has the best one-liner ever when it comes to the Wolverine X-Men Origins movie while talking about completely butchering a potential spin-off character Deadpool, who in the comic-books is known as the Merc with a Mouth, yet in the movie is a monster with his mouth sewn shut who shoots lasers from his eyes. The comment? How can you get something that wrong? 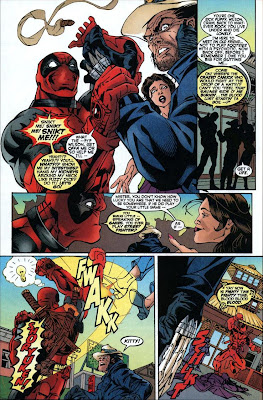 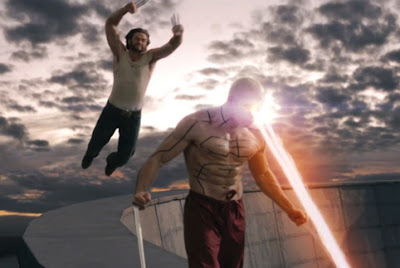 Look, Say you want to direct the next Batman movie, and they say "hey, theres this villain called THE JOKER and he's a clown and he has playing cards and he's insane" and you're like "sounds good, you know what, I've never heard of this guy, but how about if he has all of Batman's powers, can fly, and also he SHOOTS LASERS OUT OF HIS EYES?" That is exactly what this is like. Pathetic, Fox. The sad thing is, the parts before he becomes "Deadpool", Ryan Reynolds is reportedly playing it pitch perfect. But they have to have a big climax. Can't just have a psycho Deadpool vs Wolverine vs some generic monster at the same time. With Deadpool acting insane and cracking jokes just driving Wolverine crazy. No, they have to do this garbage. I didn't download it, but I'm not going to see it in the theatres unless I hear they fixed this crap. I knew they were going to take all of the Canadian Weapon X stuff out of the movie, because American's are apparently idiots, but this is unforgivable. How do you ruin a Rob Liefeld character?
From the deranged mind of reedsolomon.matr1x at gmail.com at 12:48 a.m.