Shot off the RIM

The new CEO of RIM thinks the idea of Android on blackberry's is horrible because "They all look the same".

Which is a ridiculous argument. Most people run a PC with Microsoft Windows.. Where the start button is always in the same spot. These computers are made by Dell, Asus, Acer, HP, IBM/Lenovo, what have you. And they're "All the same". THATS THE POINT. That's why they have applications that run on them.

It's all well and good that RIM wants to be Apple (good luck), but if their argument against Android is that everything is "the same", then that's a pretty sad excuse.

Personally I'd like the ability to run Android on a playbook. Most people will stick with the stock QNX, but giving people CHOICE often helps them make the decision to make the purchase. I won't be making any purchases of Research in Motion products. They're locked down. They don't give me the freedom I expect from devices I purchase. I don't purchase Apple either. Theres only one type of person that blindly buys products from a company, Apple fanboys. There aren't any RIM fanboys as far as I can tell lining up for their next device. You can't manufacture that kind of blind obedience either.
From the deranged mind of reedsolomon.matr1x at gmail.com at 12:42 p.m.

Email ThisBlogThis!Share to TwitterShare to FacebookShare to Pinterest
5 Comments
Awesome geniuses who link to this article

There were so many seniors on the bus today

That I thought I was going on a charter to a casino.

From the deranged mind of reedsolomon.matr1x at gmail.com at 4:03 p.m.

So I finally had an opportunity to drive down the Chief Peguis extension to Lagimodiere. For the most part I liked it. Obviously the sound barriers don't look that great, but it's better than nothing I suppose. Made my trip to the Kildonan Place area a lot quicker, definitely.

However, is it just me or is the Leila/Partridge/Main Street area more backed up now during rush hour? Are people commuting from that area instead of taking Henderson/Disraeli/The Perimeter? Will the opening up of the new Disraeli bridge alleviate some of the congestion there? It's gotten pretty bad in my opinion.

All the more reason to extend Chief Peguis until King Edward. Theres no logical reason for a street as huge as Main Street to be as backed up as it gets lately.

That said, Partridge could have moved faster if there were no cars parked on the side of the road from 3 - 5:30. Buses seemed to have trouble moving in and out because of the parked cars. Then again, I've only viewed it on a couple occasions. Maybe it's just an aberration.. though I doubt it.
From the deranged mind of reedsolomon.matr1x at gmail.com at 9:03 p.m.

Research in motion at absolute zero

They're on sale again. Seriously how many of these did research in motion make? If I had the option of installing Android on it, like cyanogenmod I'd think differently, but they really dropped the ball by not including a micro SD slot. They wanted to be apple, and get away with the garbage apple fanatics let that company get away with (supporting sopa? Yeah you're dead to me) but that's not an easy position to get to.

From the deranged mind of reedsolomon.matr1x at gmail.com at 10:21 a.m.

Tank you very much

So I'm looking through this weeks flyers I got in the mail, and giant tiger has a sale on tank tops.  Obviously I don't care, but I thought of a good promotional idea... Tanks for NOTHING!    They wouldn't make any money.. but it'd be worth it for the pun alone.

From the deranged mind of reedsolomon.matr1x at gmail.com at 9:59 a.m.

I hate Subway, and I won't be eating there any time soon, but that sure is a catchy jingle.
From the deranged mind of reedsolomon.matr1x at gmail.com at 12:31 a.m.

Considering how badly the liberals fared in their last few elections, it's ridiculous how much time the CBC still gives them as if they were or are a valid option.

The liberals actually think establishing a primary system in Canada just like the ones in the USA is a viable idea.  They think abolishing the monarchy is a pressing concern, which is interesting in contrast to the conservatives embracing the historical ties of Canada to the monarchy.  Though at least they voted down removing the monarchy as an actual policy.

I dislike what Harper's conservatives are, but what's the point in having one coin and flipping it over ever 8 years?

The only good policy the liberals have is being for legal marijuana.  If you're against it because of how the Americans will react,  you're pathetic.

Still I hope the NDP and other parties continue to cannibalize Liberal support.

From the deranged mind of reedsolomon.matr1x at gmail.com at 3:28 p.m.

Right before Little Mosque on the Prairie, which I will never willingly watch, but thank Allah for PVR's. Mr. D starring Gerry Dee was actually a pretty funny first episode, especially for a CBC show. It's almost cruel to put it next to Little Mosque, which is about as funny as a U.N. committee on eradicating polio.

Anyways, I figured I'd watch it on a whim, and I was pleasantly surprised. I got a few good laughs out of it. I hope the characters get fleshed out more but they're all entertaining to watch. I am amazed that this got produced at CBC. This is the best CBC show since Fred Penner's place. That's right, you heard me. This show is almost as good as Fred Penner's place.

Seriously though, it's worth a look. But as Fred Penner always said, you don't have to take my word for it! Oh wait that was Reading Rainbow.
From the deranged mind of reedsolomon.matr1x at gmail.com at 9:36 p.m.

Ever notice that the team banners hung up in the mts centre atrium are in alphabetical order?  It's convenient that winnipeg is alphabetically last in the NHL as it allows for true north to arrange it like that.

From the deranged mind of reedsolomon.matr1x at gmail.com at 7:05 p.m. 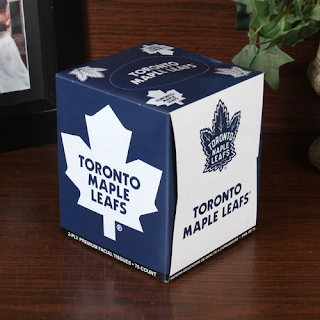 "Midnight came and went—2011 with it — as the Maple Leafs were some 35,000 feet in the air, winging home by charter after a glum New Year’s Eve in the ’Peg, 15 years since they last passed this way. Pity they couldn’t stay away longer." - By Rosie DiManno. Toronto Star columnist and apparently also a BITTER LOSER.

Winnipeg Jets won tonight. FAR TOO MANY Leafs jerseys in the stands at the MTS Centre. Shame on season ticket holders who enabled their pathetic and life destroying addiction to smoking buds.

If you're a Leafs fan born in Ontario, then feel free to continue your association with futility, but if you were born in Winnipeg and CHOOSE to be a leafs fan, I pity you.

From the deranged mind of reedsolomon.matr1x at gmail.com at 12:53 a.m.