Maybe its just me, but has Manitoba hydro been taking a long time to fix issues in the city lately?  Took them more than 12 hours to get West Kildonan power back up last night.  Spoiling a number of easter Sundays.  They used to be much quicker.  I have nothing to back up this feeling bit it'd be interesting to look at a graph of outages over the last decade to see if there are any trends or if I'm just being paranoid.  Hopefully the stuff in my fridge and freezer is OK.  Wonder how long it can normally stay cool.

From the deranged mind of reedsolomon.matr1x at gmail.com at 3:06 p.m.

Email ThisBlogThis!Share to TwitterShare to FacebookShare to Pinterest
3 Comments
Awesome geniuses who link to this article

Does anyone sell a backup battery that doesn't beep constantly while the power is out?  What an annoying feature that is, APC etc..

From the deranged mind of reedsolomon.matr1x at gmail.com at 1:24 a.m.

Today I attempt to write a press release

Put Tuesday, April 23 on your calendar, complainers and haters!  That’s the day the Winnipeg Blue Bombers will host their annual Propaganda Session and Curmudgeon Complaint Forum.

The football club will "release" what it calls its "2012 financial details" and preview the upcoming "2013 CFL season", of which the Bombers are already mathematically eliminated. Fans will also be able to ask softball questions of the players and coaches (but probably not the GM), who will answer with the usual go nowhere platitudes.

The forum will be held at Canad Inns Polo Park which is conveniently really far from the new stadium but close to the old one.  It will begin at 7 p.m, maybe. Doors open at 6:30 p.m. and seating is limited and likely to be uncomfortable.

There may or may not be Powerpoint slides and coffee.

please note this press release is a complete fabrication and has no connection with the actual events that are actually happening
From the deranged mind of reedsolomon.matr1x at gmail.com at 11:22 p.m.

It impresses me that not only does Avalon pay ken ploen to do their commercials, they have money left to pay Elvis to sing their jingle as well.

From the deranged mind of reedsolomon.matr1x at gmail.com at 4:56 p.m.

Ever notice that everyone on the Winnipeg Jets seems to recommend Dan Murray Chevrolet.. with the interesting exception of Kevin chevyldayoff. The man with Chevy in his very name?  I bet Toronto's rob ford doesn't drive a ford either ..  makes ya think... or not.

From the deranged mind of reedsolomon.matr1x at gmail.com at 4:09 p.m.

Why does M&M meat shops use a penguin as their logo or mascot when they don't sell penguin meat?

From the deranged mind of reedsolomon.matr1x at gmail.com at 1:19 p.m.

No incompetence shall escape my sight.

If you've been reading this blog, you'll know I've been a fan of Green Lantern since the late 80's/Early 90's.  The fanbase seems to have expanded greatly, even though the movie was a flop, and deservedly so as there was no love in its making.  The potential was there, a good movie could have been made with the pieces they had, but too much was spent trying to make it a blockbuster and not enough was spent making it a good movie.

I'm in the camp that Hal Jordan, while the first Green Lantern, the one shown in the movies, is not the best Green Lantern.   That is to say, every other Green Lantern than him (even the aliens) have more personality and are more entertaining.  Hal Jordan is only truly interesting in conflict with other lanterns.  This is my opinion.

That said, Green Lantern the Animated Series managed to make Hal Jordan an engaging character.  They managed to introduce some great characters from the comicbook series, and produce two pretty good half seasons.  One focused on the rage fueled Red Lanterns, and the other focused on the Anti Monitor and the Manhunters.  We also got to see the Star Sapphires and Blue Lanterns introduced.  The creators and writers did a great job introducing these concepts and creating a good storyline.  If you're in the USA, the series will be on Netflix soon, if it isn't already, and it's worth watching for an introduction to the Green Lantern characters.

Cartoon Network has cancelled the series after one season.

The tragic thing about this is the series (along with the preceding Young Justice, also cancelled) has the potential to introduce a lot of people to the Green Lantern franchise.  To build a following of Green Lantern fans and potentially, if Warner Brothers plays their cards right, spawn an actual money spinning movie franchise.  Even just a second season would have been sufficient to introduce the Sinestro Corps and perhaps some other Green Lantern villains and heroes.  But Warner Brothers will tragically never see this, because of short sighted people at Cartoon Network who only care about immediate returns.

The second tragic thing about it is there was no toy line for Green Lantern, save for some McDonald's happy meal toys, which my nephew loved.  I would have loved to have bought some real quality toys, but because of the shit quality of toys made for the shit quality movie Green Lantern, the cartoon did not get its own toy line.  Nothing.  Zero, Zilch, Nada.

The fact that Warner Brothers bungled their Green Lantern franchise on SO MANY LEVELS is plain to see.  You can watch how Marvel/Disney does things in complete contrast.  They pump out as much product as possible, get peoples eyes on it.  Theres an Avengers cartoon, an Iron Man cartoon, there are toys, you bet there are toys.  Even if they don't sell.  They pimp their shit out.  And they produce a quality movie too.  And they do it all in the right order.

Did the success of Batman happen in a vacuum?  No, it was built up over time.  People became introduced to the character thanks to the 60's series, and there were Batman movies and shows before then.

Did Spider-Man happen in a vacuum?  Hell no.  Spider-Man had years of exposure in cartoons and comics.  the 60's cartoon was cheaply made but aired for years.  He was shown on the Electric Company, he had a Japanese live action show.  He had a series with his amazing friends.  He had another series in the 90's.  It was all organic.  Each built on what came previous.

Warner Brothers lucked into Batmans success.  Tim Burton probably fought tooth and nail to do his Batman movie right, against the wishes of the idiots running Warner Brothers.  Marvel sold off the rights to Spider-Man's movie franchise while they were going bankrupt but even still it managed to save them, and they retained enough properties that they meticulously planned a method to reproduce the Spider-Man success.  And they did with Iron Man, and it was a great success.  And then Thor, and Captain America.  They weren't all perfect, but the people who made these movies seemed interested in telling a good story and retaining the core of these characters.  And they eventually got bought by Disney, who seem capable of carrying the torch and continuing to make these properties profitable, while producing good quality entertainment.

Green Lantern, nor any other property owned by Warner Brothers that isn't Batman or Superman, will ever achieve what Disney/Marvel are achieving.  They don't get it.

I could give them a bullet point form way to make Green Lantern profitable.  I could give them a way to make some lesser known properties into huge franchises like Marvel has.  But I doubt they want to hear it.  They just want to throw spaghetti at the wall and hope something sticks.  Get a big name, big budget, throw a story in a blender, voila.  Catwoman starring Halle Berry.  Voila Jonah Hex.  Voila Green Lantern.

You are incompetent, Warner Brothers executives.  You own Cartoon Network, you own DC Comics.   I have no words to describe how pathetic your internal politics are.

Why anyone would buy stock in Warner Brothers I can't imagine.


Warner Brothers had a get out of jail free card for the Green Lantern franchise, and Cartoon Network bungled it horribly.

Why they don't see what's happening and fire whoever is in charge there, I'd like to know.
From the deranged mind of reedsolomon.matr1x at gmail.com at 8:00 a.m.

I have become the God of Rolling up rims and winning.

I assume I have some sort of reality distortion ability that only affects Tim Hortons cups.  I win so that others may lose.

I can't think of any other explanation that makes sense.

Still, I only win free coffee's and donuts, but it's only a matter of time before I win some sort of vehicle or cash prize.

I do appreciate that the downtown locations offer Lemon donuts though.  Go to hell, other locations that don't.  You don't get my money.

I also miss plain tea biscuits.
From the deranged mind of reedsolomon.matr1x at gmail.com at 11:28 p.m.

The Ballad of Stompin' Tom

A lot of obituaries are going to be written about Stompin' Tom Connors tomorrow.

In this song he tells his story in his own words.

RIP Stompin' Tom.
From the deranged mind of reedsolomon.matr1x at gmail.com at 11:42 p.m.

A List of a some hockey related terminology I hate.  And if you use it, you're a horrible person and should feel bad.  Off the top of my head:

Product - So and so is a product of the something somewheres.  Referring to people as products sounds horrible to me.

Blue Paint - Is it even paint?

Hockey IQ - Just shut up.  Shut up.
Hockey Gods - Like who?  Hockey playing Jesus? As a Hockey Atheist I'm insulted every time I hear this phrase. 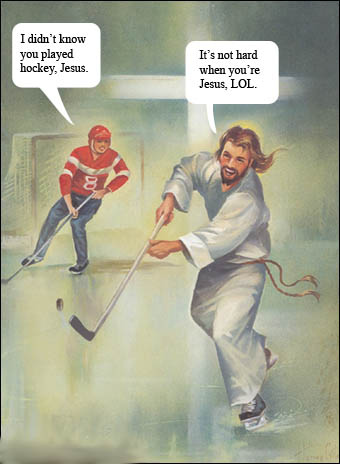 Any others?
From the deranged mind of reedsolomon.matr1x at gmail.com at 3:58 p.m.

PENGUINS ARE COMING TO THE ASSINIBOINE PARK ZOO!!!

Finally a reason to visit the zoo!

Oh wait, they're only here for a limited time like the McRib.

For the SUMMER only?

We're bringing penguins for a visit to Winnipeg, and they're not winter penguins but summer ones?

Why can't we have a permanent winter penguin exhibit with hills for jumping off of and slides and places for them to swim so we can watch them from underground?

penguins would love our Winters.

I'm still going to go.  I've waited all of my life for Penguins.

All I need to cross off my Zoo bucket list is a House Hippo, White striped Zebra, and a Griffin.
From the deranged mind of reedsolomon.matr1x at gmail.com at 1:53 a.m.

I'm so mad about the Mike Duffy scandal I'm going to stop using Duffy's taxi and switch to Unicity or Spring Taxi. That'll show em.
From the deranged mind of reedsolomon.matr1x at gmail.com at 10:54 p.m.