He said She said

Did you know in Tagalog, the language spoken by many people from the Philippines, there is no equivalent word for He or She?  If you ever notice a Filipino mixing up and referring to a male as "Her", or female as "Him", that's why.


is what google translate says about the matter.


Now you know!
From the deranged mind of reedsolomon.matr1x at gmail.com at 11:20 p.m.

The first thing I thought of when I heard Neil Armstrong had passed away today was Ice Cream.

Not because it was hot today - though it was.  I thought of Ice Cream because the first place I learned about Neil Armstrong was from Dickie Dee popsicle sticks.

Back in the day, Dickie Dee was the main distributer of ice cream in Winnipeg, and their popsicles and ice cream had little bits of educational trivia on them.  One of the most common was the question "Who was the first astronaut on the moon".. with the answer of course being Neil Armstrong.

Dickie Dee sold out to unilever a long while back.  To be part of the Good Humor/Breyers brand.  I haven't seen any trivia on popsicle sticks in years.  It's a shame.  How much extra would it cost to make popsicle sticks with little questions on the sticks?  It's all so cold and impersonal nowadays.

Alas I couldn't find an image, but I made a reasonable recreation based off of memory.

So, in honour of Neil Armstrong, I had a Rocket Popsicle. 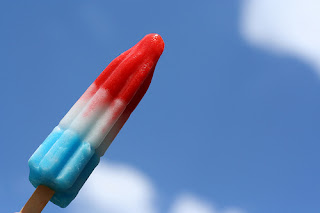 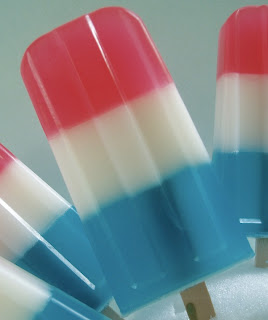 Although to be fair they looked more like the latter photo.

It's kind of  timely that Mr Armstrong passed away just after the Mars Curiosity landing.  While it wasn't and couldn't be the same as landing a man on the moon,   it was perhaps the closest thing this generation is going to see to compare to that.  And a lot of people watched it online or whatever way they could.
From the deranged mind of reedsolomon.matr1x at gmail.com at 11:59 p.m.

So recently I've read that Nintendo Power was going to cease publication.  It's kind of sad.  It was a big deal back in the day.  But then again, so were EGM and Gamepro.

Comicbooks and books are next.  It'll be slow, but it'll happen sooner or later.
From the deranged mind of reedsolomon.matr1x at gmail.com at 2:20 a.m.

Since when did Winnipeg transit start having actual ads on their buses?  Sure half of them are for MTS but still... nice to see the effort.  Good job bus advertising department.

From the deranged mind of reedsolomon.matr1x at gmail.com at 6:55 p.m.

So 10 digit dialing is coming to Manitoba.  all 7 digit dialers will be accosted with a network message saying you gotta dial again, stupid.

Here's what I don't get.

I have a VoIP home phone.  My dialing plan is set so that my home phone will continue to allow me to dial 7 digits and go to any 204 number.

Nobody dials 7 digits on their cell phones anyways.. people just touch the button and dial.  Especially with smart phones.

That said.. I can't wait to get wrong numbers with Boston accents trying to dial 413.  Bruins suck!  Oh wait.. that won't happen to me since I'm keeping my 204 numbers.

I think 204 should be a Winnipeg area code, and anyone outside the city should be reassigned to 431.  No particular reason either.  It would simply amuse me if that happened.

I remember going to the children's museum as a kid and learning about the fact that numbers used to only be a few digits long back in the earliest days of the telephone.

Oddly enough, Shaw still doesn't have ipv6 support.  That has nothing to do with 10-digit dialing, but it bothers me.
From the deranged mind of reedsolomon.matr1x at gmail.com at 11:37 p.m.