ATSC Digital Converters for your TV

If you are an old person who thinks that you can't get free TV after August 31st, this post is here to tell you how you can still get free TV.

First, if you have an old TV, you need a converter box. It turns the new digital over the air signals into analogue signals that work with your old TV. No matter how old and feeble or destitute you are you should be able to plug in a converter box. Plus it comes with a remote control! You can never have enough of those! At a Winnipeg store you're going to be out from $40-$60 for a basic unit. You can spend more for a better converter box.

Possible places you can buy it : Superstore.. maybe Wal-Mart?

Pros: simple design, simple to use
Cons: made by RCA. RCA is a meaningless brand owned by some huge factory in China.

You plug your antenna into this thing, plug this thing into your TV, it scans for channels, and if it finds any, you're in business. It's very simple to use. Actually too simple. If you're someone like me who wants to see signal strength and PSIP data (TV guide and other information) then this isn't going to satisfy you. But if you just want to watch TV, it's pretty good. 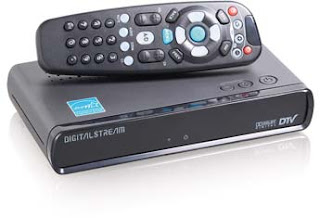 Possible places to find it: I dunno, I found it at goodwill. I plan to give it to a friend after the switch. 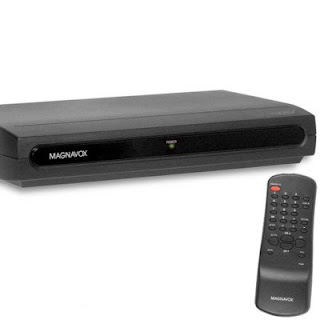 Pros: Decent features, antenna strength meter.
Cons: Again, there have been many defective ones with Capacitor problems. If you have any bit of electronics experience not a real problem (Solution involves changing capacitors) but if not, you could get a dud. I don't think it has PSIP channel guides either but I could be wrong.

I found it for a few bucks at goodwill and I figured what the heck. I like it better than the RCA, but i originally thought it was donated because it was broken - It wasn't.. I'm assuming the person who owned it used to live close to the border and moved to Winnipeg and got themselves a new TV and figured Winnipeg didn't have digital TV.. which it will soon. Scans fast and even has an "Update" feature where it only scans for updates to the channel list, and supposedly doesn't erase old data. 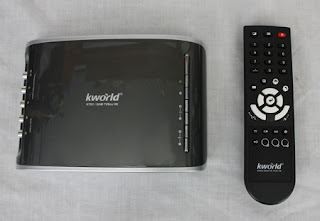 Now I don't personally own this one. I only saw it in an ad the other day on tigerdirect.com. However, this seems to be the best converter box you can get. It's in the $80-$100 price spectrum, but the features more than make up for the higher initial cost.

Pros: Has multiple output options including High Def HDMI, VGA, Component outputs. IE: If you bought a widescreen TV and it doesn't have a digital ATSC tuner built in.. this will give you perfect high def signal. You can also plug it into any old Computer Monitor. So you can turn an old computer monitor into a TV. Pretty neat.
Cons: Flakey performance (sense a trend, anyone?), Might be over complicated for some people.

As I don't own it, heres an external review at http://www.jeffsreviews.com

I've seen these at Princess Auto. Are they any good? Who knows. $40 price range. Has some good reviews online.

Anyways, as you can see, there are tons of options for digital converters. From your old black and white TV to your newer cheap future shop TV that didn't come with a digital converter (That's why you got it for $300) to your handheld TV, they will all need a digital tuner box to pick up the high def signals.

I prefer buying a new TV.. but then again, over the next year we'll be getting some amazing new TV's with netflix and skype and 3d without glasses (or glasses like the ones used in theatres), so it might be worthwhile to get a bit more time out of your old TV. If you're used to it, why not.

Go to youtube.com and type digital converter box. You'll learn more than you want to.. probably about the US digital conversion which took place in 2009 and went way better than the Canadian one did (The FCC is not a group of incompetents like the CRTC, and PBS knows where their bread is really buttered, unlike the CBC)

Anyways, I hope you found this informative.

From the deranged mind of reedsolomon.matr1x at gmail.com at 10:30 a.m.

watch out on the new tv, they are skrimping on the receivers in them too. No add on scan, limited guide in the ones I've tried so far. Looking for better.