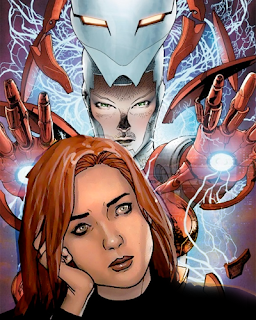 Worse than Iron Man 2. Why do they always try to capitalize on the success of a male superhero by creating a knockoff female superhero? I mean, this woman was an even bigger asshole than Tony Stark. She even becomes Prime Minister of Great Britain or something? I'm surprised they didn't do a Spider-Girl movie or a Batgirl movie yet. Though they did do Catwoman and that was almost as bad as this. Though the 80's Supergirl movie wasn't so bad.

Anyways, she doesn't even wear her Iron Lady armour at any point in this movie. I don't get it. Were they saving money on special effects? Marvel, I am disappointed in you. Who the hell is this actress, Marryl Streap? Sounds like a fake name. Then again, I never even saw the Marvel logo, so maybe this is some weird Chinese knockoff movie. Marvel should sue.

I just shook my head and asked for my money back. They gave a gift certificate for another movie. I should have realized the movie would suck when they were only showing it in one theatre and it wasn't in 3D. This kind of bullshit is why people pirate movies.
From the deranged mind of reedsolomon.matr1x at gmail.com at 1:40 a.m.