Google or Facebook rumored to want to purchase Skype 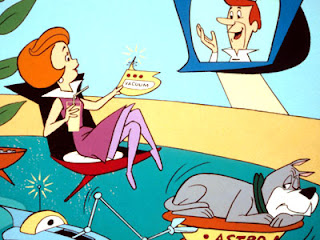 Google or Facebook are looking to acquire Skype, the first and arguably most popular video chat program. Personally, I hope Google buys it. Skype fits in perfectly within the Google eco-system of apps. Like Google Voice for one. And the Android OS for two. Already Android tablets with front facing video cameras can be found for less than $150.00. Sure they're of questionable quality often with resistive touchscreens, but as single purpose video phones/kitchen terminals they're at just the right price to mount on the wall, and it can easily be seen that a single purpose android device home phone solution could drive the cost down significantly more. Google might just usher in the era of the video phone after all. Granted the biggest problem are the incumbent carriers. Google could, however, strike a deal with them should they acquire skype. Plus with internet connectivity being included in most modern TV sets, adding a front facing camera to a TV's bezel shouldn't be particularly difficult. Although I admit I do see the Big Brother/1984 type concerns included with that.

Facebook might have a number of smart reasons for wanting Skype, but Skype would achieve more with Google than it ever could with Facebook. Now if only Google could get me my flying car and hoverboard, I'd be set.
From the deranged mind of reedsolomon.matr1x at gmail.com at 2:24 p.m.