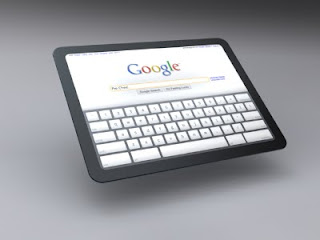 I want to buy a tablet computer. I wont buy an Apple iPad because.. well, fuck apple. However, I am interested in buying a Google tablet device. Heres why I currently cannot.

1) It has to take an SD Card. This isn't a fucking Mobile Phone I want to buy, its a 7-10" TABLET. Give it a goddamn SD slot. If I want to put a mini-SD card, I'll use a damn adapter. It's bigger than a cell phone, you can find the space for an SD slot. Heck my old HP Ipaq has an SD slot AND a friggin Compact Flash slot so don't tell me its that hard.

3) HDMI Output. I want to have HDMI output. Will I ever use it? Unlikely. Very rarely, anyways.. but it needs HDMI output. Non crippled either. I'm okay with mini-hdmi.

4) Obviously it has to have bluetooth so I can use a bluetooth keyboard with it.

and finally 5) It needs a camera. They put cameras on every other device under the sun, but for some reason they're eschewing cameras on most tablets, the one device that I think needs them to be built in. What the hell.

Also I like being able to swap out the batteries, thank you very much Steve Fucking Jobs.

Pixel Qi technology is also a bonus, if thats ready for prime time.
From the deranged mind of reedsolomon.matr1x at gmail.com at 2:09 a.m.

Earn faucet bitcoins from Easy Bitcoin. Up to 33 satoshis every 10 minutes.

Did you think about picking the ultimate Bitcoin exchange service: YoBit.