On the subject of Portable wireless routers for USB 3G Cards

I was at London Drugs the other day, as I found myself in St. Vital somehow, an area of the city that seems to be getting grubbier than I recall, but maybe it was just the slushy day that made it seem as such. ANYWAYS, I noticed they had an item for sale for $129 called the Aluratek 3g Portable wireless cellular router. heres a picture. 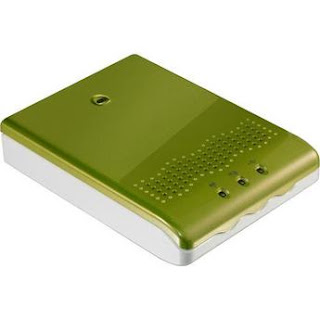 now, the first problem is they inexplicably chose to make it green. Black or at least beige should be the default colour of your computer peripheral. Maybe grey or red. but not green. Are they trying to imply that its environmentally friendly? Yeah whatever.

I originally thought that you could place your 3G modem inside the device somehow, sort of like a portable hard drive you place the hard drive inside, and you can use it like a novatel MIFI device with the battery charging up via the external USB port. I was so excited that I almost bought the device then and there, but then I realized I was wrong. You carry this thing around with the 3G modem sticking out the USB port. Really couldn't they have designed this somehow better? USB sticks are not so big that they couldn't come up with a solution.

I saw another similar device on ebay that was black, and it has the same problem. It was aesthetically more pleasing, but it suffered the same problem of having the USB 3G modem hanging out externally. 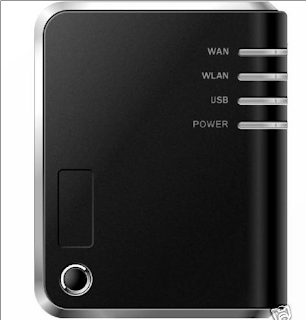 Do I believe some company will come out with a version similar to a portable hard drive where you can place the 3G card internally? I do. Which is why I will not buy one of these devices until they do. And it has to be black.
From the deranged mind of reedsolomon.matr1x at gmail.com at 12:15 p.m.