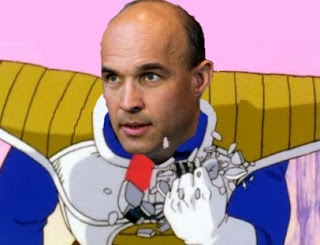 One, it implies that we should stop at 7. Why not makeitnine.com or makeitten.com? Screw Winnipeg and Quebec City, they're not getting teams back any time soon oh no. Not if Balsillie succeeds in DRIVING UP THE PRICE OF AN NHL TEAM. Nobody else wants to pay as much as he does for a team, especially the Phoenix Coyotes formerly the Winnipeg Jets, who I have PUT A CURSE ON years ago that they shall not win a Stanley Cup until they return to Winnipeg. If Balsillie really wants to buy it and move it to that region of Ontario, well great, but stop driving up the price of a cursed Hockey Team. Nevermind one that might actually be worth it, like Pittsburgh was.

Anyways, over 100,000 idiots signed up to this website, presumably many Manitobans and Quebeckers as well. We all know that Gary Bettman is a lying douche who can't admit that he is a failure as a GM, but we don't expect any better from him at this point. But to go to this website which exists under false pretenses, and put your name in with that lot makes you people look like fools.

Getting a franchise to Hamilton/Waterloo is not going to accomplish anything. The only thing to do is to break the hold of the NHL owners over the Stanley Cup, and create a new league across Canada (and let some US states in) But that's not going to happen any time soon.

Balsillie you just look silly. I bet you've never heard that one before. Also I'm gonna buy a google phone.
From the deranged mind of reedsolomon.matr1x at gmail.com at 2:53 p.m.