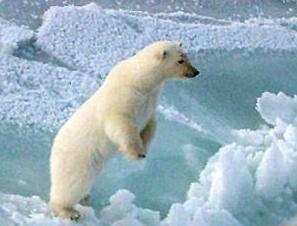 this article at reuters http://uk.reuters.com/article/environmentNews/idUKN0849498420080208, talks about how the Manitoba government, completely by surprise to me, has placed Polar Bears on its endangered species list.

I find this quite deluded. Clearly the government wanted to score some points from the bear loving David Suzuki foundation. What about hunters who want to shoot and kill polar bears? They're already endangered (and have been banned in Manitoba for years now sadly). Why won't anyone stick up for them? What about the town of Churchill? Will it not be able to put down problem bears anymore? What about extreme sports enthusiasts who like to wrestle bears to the death? What effect will this have on the sequel to the movie 'The Golden Compass'? Where will they get their bears from?

Hack Scientists are blaming global warming for making the ice too thin for Polar Bears. But you know what? Why not get some polar bears and put them on Antarctica? Theres tons of walruses and seals and penguins to eat there. Plus its land underneath the ice, so they wont drown.

Plus, what about survival of the fittest? Surely we should have faith that the mighty Polar Bear can adapt to something like warmer weather? Surely they can find a new food source? Perhaps people. I've seen some rather walrussy looking people!

The gist of the new law restricts development on the hudson bay arctic shoreline.

Anyways, probably the most shocking thing of all is that our province's conservation minister is named Stan Struthers. Really? Isn't that an archie comics character?

In summary, nuke polar bears. They'd nuke us, if they had the bomb. 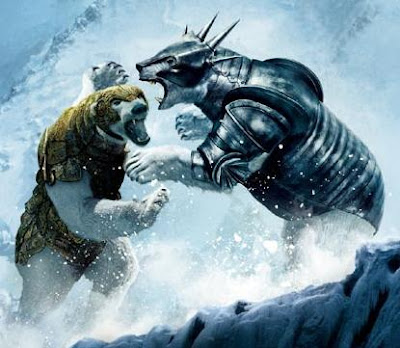 Man I hate Oompa Loompas.
From the deranged mind of reedsolomon.matr1x at gmail.com at 11:34 p.m.