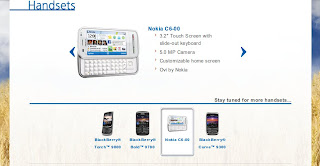 MTS has decided to follow Telus and stretch the definition of what it means to be offering 4G LTE speeds on their new network. Whatever, it's stupid and disappointing but what can you do.

My main disappointment is were two weeks away from their "4G" rollout, and they have four phones listed. Four. Three are f*cking blackberries, and one is a freakin Nokia from what may as well be the stone age. Not that I'm willing to buy a Nokia phone that isnt running Maemo. Windows Mobile or Symbian.. honestly. What is this, last decade??

Not a single android phone on that list. I know the playstation phone isn't out yet.. but c'mon!

I mean I have an unlocked Xperia X10 I could use.. but I'm holding out hope for a decent HTC phone.. but we'll see.

Of course, if their data plans turn out to be as crap as Rogers, I may as well stay with them.
From the deranged mind of reedsolomon.matr1x at gmail.com at 12:53 a.m.