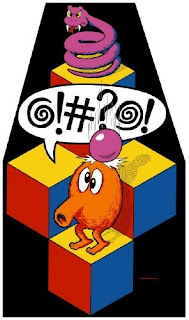 I have never been a fan of the Olympics. I wasn't born with any sporting talent, and do not possess the qualities that would afford me to acquire them later in life. I'm not incompetent at sports, I just don't possess the ability to take things to a professional level without probably DYING. I despised Track and Field days at school, found them ridiculously outdated in concept and pointless.

I could go into each specific sport and why being in the olympics makes them irrelevant, but I will try to avoid that. What I REALLY AND TRULY hate about the olympics is that they are run by a corrupt international governing body called the IOC that has been involved in bribery scandals, and most recently, the fiasco known as the 2008 Beijing Olympics.

The Chinese government did not deserve to host an olympic event. They are not a free society, they have actually blocked an American olympic athlete from attending the olympics for expressing their free speech rights in other countries (where it is perfectly legal to do so), they have presented an opening ceremony with a lip synching girl, they have censored reporters and people from going around their country. Yes, its their right to do whatever they want in their country, but thats why they should never have been given the olympics. Even the Nazi's weren't such control freaks that they pretended events were sold out so that venues wouldn't be full, in an effort to control the audience. Families of olympic athletes were told events were sold out and they could not attend, but in reality it was the CHINESE GOVERNMENT LYING in a misguided and ridiculous effort at crowd control.

And the IOC says nothing. The IOC is complicit in this farce of a sporting event. However, the IOC, like any unelected government, is largely made up of self-entitled buffoons. How long does the copyright on the Olympic logo last anyways? They were created in 1914.. you'd think they'd have expired by now. Yet the IOC, ever the advocates for FAIR PLAY, issued a DMCA TAKEDOWN NOTICE on a Free Tibet video on youtube. Yes. That is the conclusion. The Olympics piss me off because they are not about fair play, they are about rewarding genetic freaks, cheaters, and people with no otherwise beneficial talents other than the ability to sail a boat or twirl a baton or swim really fast.

Network television is also complicit in this garbage festival of lies. The CBC has frequently poo-poohed protesters or anyone against the Beijing Olympics or speaking out against the IOC. NBC cares only about making money off of Nationalist Jingoism. China's media is using it to pat themselves on the back, Oh look at how great we are, our 13 year old chinese.. I mean our 16 year old chinese gymnasts have won the gold medal! How proud we are that we were the best cheaters! . Yet there is nothing to feel guilty about. Everyone who is at that level is a cheater in some way. Some have more money, so they are able to train harder and have better equipment, or take newer drugs that are as yet undetectable. The attitude seems to be "everybody else does it, so we have no choice" Which is a slippery slope, and China has covered all their slopes with slip and slides. WHICH SHOULD BE AN OLYMPIC SPORT BUT ISN'T. I could qualify for that one. They used to have Tug of War too. Pathetic.
From the deranged mind of reedsolomon.matr1x at gmail.com at 6:16 p.m.