Capitalizing on Micheal Phelps for Linux 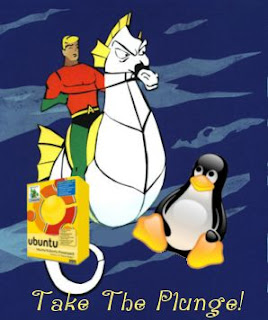 The dude won eight olympic medals in Beijing, so even if, like me, you're not a fan of the olympics, you gotta respect that. And swimming is hard!

He's already made millions of dollars, is going to appear on SNL for some reason (which could be good, Wayne Gretzky on SNL was great), and has gotten tons of acclaim for his accomplishments.

But I think the question everyone wants to know is, WHAT IF he was a spokesperson for UBUNTU LINUX.

Yes, that is the question on everyones minds. Well now it is now that I came up with it.

Hey, Microsoft is using Jerry Seinfeld to try to get people interested in poofy shirts Windows Vista, wouldn't it be super if Canonical/Dell could get him to do a commercial for Linux? They could give him a free netbook! Make it waterproof maybe.

Hey, Ubuntu is on version 8, he won 8 gold medals.. it's 2008.. Ubuntu could release a special edition version customized and all that, and it'd sell cause Vista is crap.

I've got it all pictured now. . Phelps says something about Ubuntu blah blah Linux operating system blah blah used in various olympic swimming computers (who knows I dunno), then says "available on dell computers now" then says "Take the plunge" and jumps into the water and then races the linux penguin in the water and beats it and says "I AM THE KING OF THE OCEAN I AM AQUAMAN" or maybe not. But hey, it'd be a great commercial!

I should work in advertising, I Swear. Too bad Linux doesn't have money for commercials.
From the deranged mind of reedsolomon.matr1x at gmail.com at 1:47 p.m.