So, whats happened in the last month?

Well, I bought 8 Feet of Bridgfort Beef Sausage stick from Wal-Mart. They also have Pepperoni, and for the longest time I was confused because last year I bought the pepperoni one, and it tasted like crap, and I swore the crap off. Still, I noticed the other day while I went to the recently (First in canada) 24 hour wal-mart that they had Beef and Pepperoni style, and I like Beef, so I bought it, and it was good. Still, you have to wonder, why do they say 8 feet of pepperoni? It's Canada, we use Metric. Isn't there some sort of weights and measures law or part of Nafta that regulates this stuff? Granted Feet are how we measure height generally still in Canada, one of the few holdovers from the imperial age of measurement, probably as a result of the Americans. In any case, It was good. I still hate wal-mart, but nobody else sells that brand of beef/pepperoni stick here so I'll go there for that. I don't shop there for the prices or convenience thats for sure. 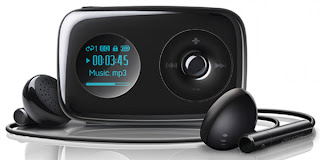 I bought a Creative Zen Stone Plus. I bought it because I was tired of using my Windows Mobile device as an MP3 player. It works, but its cumbersome. Plus, the Zen Stone+ has FM radio features, which are quite well programmed. The interface isn't apple ipod-like in ease of use sadly, I hope apples patents on the scrollwheel run out soon. Still, I'd rather have this little device with cumbersome controls than the proprietary garbage ipod owners have to put up with. Plus the ipod shuffle has no screen or scroll wheel either. The Zen Stone+ has a cute design, barely weighs anything, and I like it well enough. SO THERE.

What else.. Oh, I bought a USB->PC Gameport adapter for my PC. Works great. got an old gravis controller from the garage, played commander keen via dosbox. Very old school. Quite fun.

Updated Kubuntu to the latest version of Gutsy Gibbon. I'd say Ubuntu/Kubuntu are one or two versions away from appeasing most users. Wine, the windows emulator, is getting surprisingly good at running random things you throw at it. Windows Vista's utter failure couldn't come at a worse time for Microsoft.

Fun linux trick.. if you have a desktop running linux and ssh, try doing fish://192.#.#.# to that box with konqueror. It makes saving files from your laptop to the desktop incredibly easy. No more using scp from the commandline all the time. Also, while using Kubuntu 64 bit edition I noticed it didn't come with lxsplit in its repository to join split files. but you can overcome that by doing cat file.0* > file.avi or whatever and it'l be pieced back together. You can even test it with par2 and it'l be fine.

And thats all I got for today. I should try to post something bi-weekly at the very least. Kindof defeats the purpose of having the blog otherwise. Firefox even forgot to remember my blog password! Crazy. One more month til the new Futurama DVD is out! YAY!
From the deranged mind of reedsolomon.matr1x at gmail.com at 2:14 a.m.