A True and completely unfabricated nor photoshopped history of Victoria Day.

Today is Victoria Day, named for one of the greatest Queens of Canada's history.  Queen Victoria, who invented many great inventions, including the rocket car, electric guitar, and chunky soup,  was born on this day, and we continue to celebrate her birthday and also the day she died in her honour.

One day, Queen Victoria pondered about a holiday to kick off summer.  Before Victoria day, nobody knew when summer officially began.  In the USA, they still wait until Independence Day, the day they betrayed Queen Victoria, but we get to start summer early in Canada because we're so lucky. 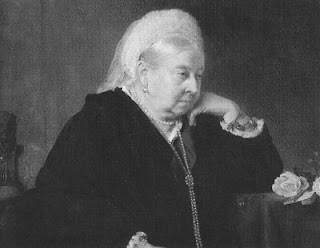 Queen Victoria thinking about the invention
of a new holiday

Eventually, the brilliant idea of celebrating her birthday as a holiday hit her.  She rounded up all of the people of Canada and told them that there would be a holiday, and everyone in Canada thought it would become a most splendid tradition. But they didn't say anything because they were afraid of her because when she got angry she shot lasers from her eyes.  True story. 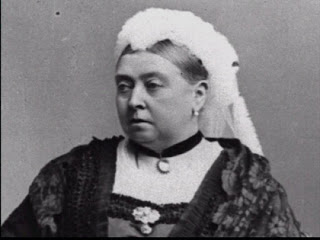 But the Queen was not satisfied.  Something was missing from her holiday.  She called her royal attendants and such and told them they were going to have a brainstorming session, and that nobody would get their bonuses until they came up with a way to make celebrating her birthday more specialler. 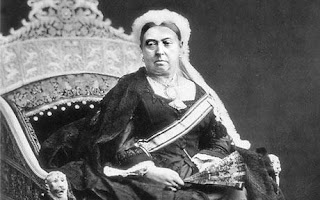 Queen Victoria eventually came up with the idea of everybody getting drunk and going to the cabin or lake for Victoria Day.  Everyone in Canada thought it was brilliant, and that is why we celebrate Victoria day because everyone wants to drink and celebrate the brave Queen who said everyone has to drink on her birthday, even babies.  Especially dogs and cats.  Also anyone who chose to abstain was shot as a traitor to the commonwealth, which existed at the time, but was called a Dominion.  Later Dominion became a grocery chain. 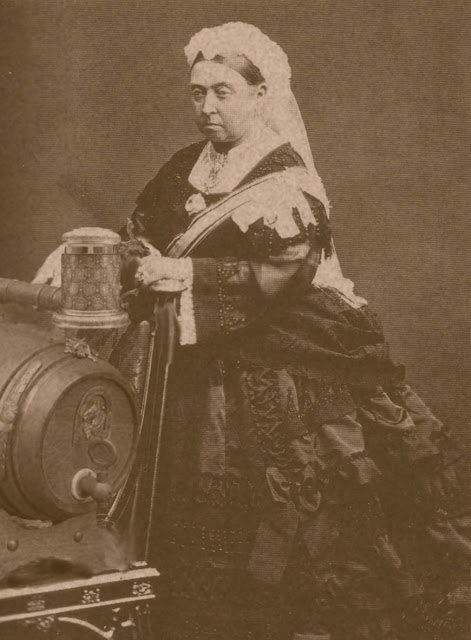 Queen Victoria celebrating the Victoria Day holiday minutes before her death from fox attack.  Fox hunting has been a royal duty ever since.  In revenge for their regicide.

So when you light up your fireworks or drink a whole case of beer or lounge around at your cabin while eating hawkins cheezies (also invented by Queen Victoria), remember this great and important monarch who accomplished so much and is still taught about in Canadian schools to this day perhaps.

For more information you could go to Wikipedia's web page about the history of Victoria Day.  I didn't, because Wikipedia is full of liars and deletionists, but I think I was pretty accurate.  Nothing seems incorrect.

HAPPY VICTORIA DAY!
From the deranged mind of reedsolomon.matr1x at gmail.com at 12:00 a.m.

Think the drinking must have started on Sunday and continued through to the blogging state.

At least Victoria look like she could belt down a few.